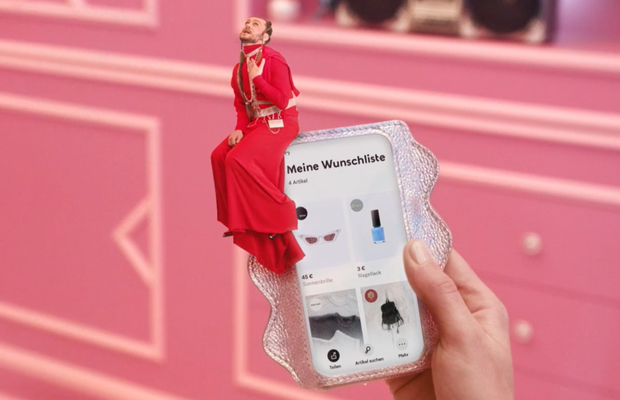 "What should I wear?" and "Who or what is Klarna?" - these are questions that everyone has certainly asked themselves at least once. The answer to these and similar questions is provided by Klarna and DOJO's new Germany-wide social media campaign. The focus is on the Klarna app and all its features - charmingly presented by entertainer and LGBTQIA+ special ambassador Riccardo Simonetti.

The 60-second spot with added gifs goes on air on all social media channels from today. While being in an enchantingly bad mood, Riccardo Simonetti hurries to his own aid as a cheeky little Klarna genie in search of the right outfit of the day. This not only solves the riddle of the outfit question, but also demonstrates the most popular features of the Klarna app, with which Klarna has managed to develop from a pure payment service provider to a shopping service in recent years.

In addition to easy payment management and a full overview of all purchases- users* also receive inspiration through personalized wish lists, for example. In addition, exclusive deals and sale alerts offer a special added value.

The clear message: Klarna is shopping the way you love it - in an app!

"To showcase the versatile features and services of the Klarna app, we couldn't have imagined anyone better than Riccardo Simonetti in the role of the Klarna genie," says Laura Angelone, Marketing Manager at Klarna DACH. "In a charming and funny way, he shows how the app works and why it is as magical as having your own genie.”

Back in late 2020, Klarna, one of the world's leading shopping and payment services, began a collaboration with creative agency DOJO.

“Since we created and shot our sitcom in a very small space, we did not only manage to present the Klarna app in a magical yet understandable way. Due to the reinterpretation of the 60s aesthetic, we also overcame a much bigger challenge and added an enchanting creation to Klarna's already very sophisticated visual world. We were supported by the artist duo Mathery from New York and the production company Zauberberg Productions,” summarizes Mark Taylor, DOJO's creative director.

The Directors: Will Samuel