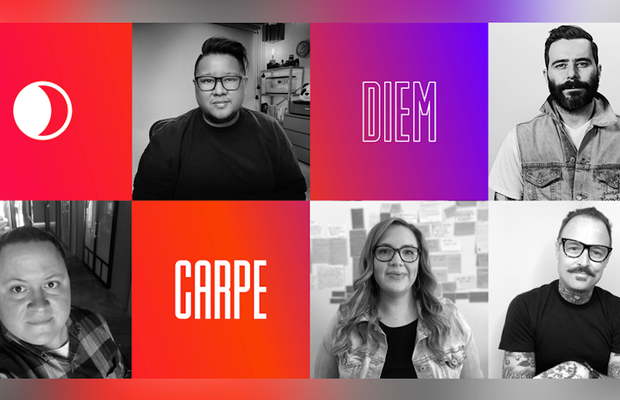 Carpe Diem Creative Agency (CDCA), a full-service, creative agency founded by Facebook / Instagram / Google creative directors, announces its launch today. The Las Vegas and Brooklyn-based agency brings decades of experience in brand building, social media, content development and creative strategy to clients nationwide.
CDCA is founded by Nathan Reuss, formerly a global accounts creative strategist at Facebook and Instagram. Nathan brings creative concepts, campaign experiences, and technology to life at the intersection of art, science and business KPIs. Previous to Facebook, Nathan was a creative director at Google, and an experience designer with Crispin Porter + Bogusky. Awards and honours include Cannes, Communication Arts, FWA, The One Show, Andy's, D&AD, The Webbys, and Clios. Nathan is also the owner of four patents as well as part-owner of Breakwater Barbecue Restaurant in Half Moon Bay, California.
CDCA’s executive creative director is Spencer Mandell. At both Facebook and Instagram, Spencer created award-winning work for clients such as Vogue, Bud Light, Bentley, Nestle, Hershey, and more. Prior to Facebook and Senior Creative agency roles at Havas' The 88 and LaFORCE, Spencer served as senior creative for New York Magazine's The Cut and for Refinery29 where he pioneered the development of new media content and co-branded programming, creating award-winning content for brands such as Adidas, Alexander Wang, Bloomingdale's, Dior, Maybelline, Almay, Old Navy, National Geographic, Bailey's and many others.
CDCA only takes on three clients at a time. And for every three, they pay it forward to a deserving small business - pro-bono. With an assembled team of industry veterans as well as young talent, CDCA was formed to disrupt the traditional advertising agency model. Through diversity and agility, CDCA looks to break away from processes and structure that are often roadblocks for brands large and small. Having worked at large agencies, it was challenging to consistently keep businesses moving at the speed of every day. Now it's able to move with the impact of a large seasoned agency, at a fraction of the time and budget.