8 Times Advertising is Just Like Your Favourite Horror Movies 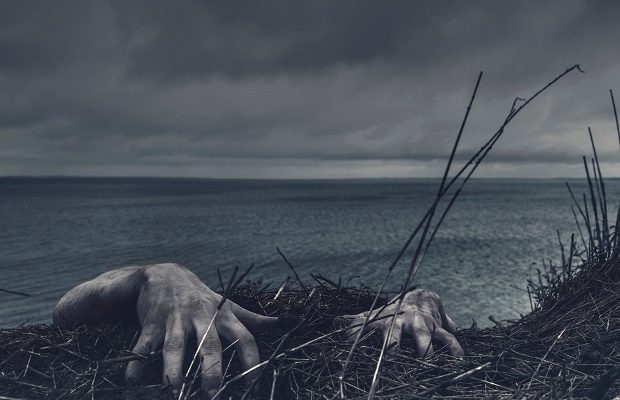 We’ve all seen the movie: a group of sickeningly good looking friends decide to go camping in the woods only to be taken out one-by-one by an axe-wielding maniac.
The last 30 minutes always ends the same with our single survivor remembering she forgot something and returning to the scene of the crime, much to our cries of, “Don’t go back in!
Don’t go back in, you idiot!”
Everyone working in advertising has been that heroine. Advertising can bring a lot of terrifying moments, but it doesn’t stop most ad people going back into the office every
day for more.
For the week that’s in it, Dublin creative agency In The Company of Huskies share some parallels between agency life and their favourite horror films…
1. “Can you make this go viral?”
We think we’d rather be infected with the Rage Virus from 28 Days Later than hear these words.

2.  “Have you definitely hung up?”
The movie Scream made us too scared to pick up the phone, but in Ad World there’s nothing scarier than the idea of being caught out on a hot mic when an inter-agency call comes to an end.

3. “Have you cracked the brief yet?”
There is nothing worse for a night sleep when you have a looming deadline and only the semblance of an idea. If Freddy Kruger is looking for new ways to give people nightmares he should try giving a creative team a brief without a clear proposition, with no budget and a tight turn around.

4. “You’re behind in your timesheets?”
Sure ,we know the finance guys only have the best intentions – they just want to keep the lights on and ensure everyone gets paid each month. But when you get one of those emails you can’t help but empathise with that women in The Shining, when Jack Nicolson was knocking on her bathroom door with an axe.

5. “We’ve done a focus group in the office on the idea, and we have some feedback...”
This is like that moment in Sleeping with the Enemy when the husband discovers that the towels haven’t been lined up correctly in the bathroom. Hey, it’s just a small thing right? Just a tweak. And we can get all cuddly again.

6. “We’d like to increase numbers by [plucks baseless astronomical number from thin air]”
There’s a scene in Psycho where Norman Bates says, “We all go a little mad sometimes. Haven’t you?”

7. “Another box of donuts from a client? Sure, it’d be rude not to!”
No college degree in the world can prepare you for the amount of complimentary donuts, cookies and cakes you will consume when you start working at an agency. Remember the guy in Seven who dies face down in a bowl of spaghetti? That’s us every time we win a pitch.

8.  “Can you make the logo bigger?”
Bigger is not always better, and when it comes to logos, size does matter. Sure, you want to brand your assets, but be subtle about it because at a certain point that graphic you’re so proud of is going to cannibalise your content quicker than Hannibal Lector without a facemask.